I am writing to you today just to say thanks! Your Evanger's food actually saved that little guys life!

My name is Elizabeth and I am the Co-founder of AZ Rezcue! We are a fairly new animal rescue that specializes in pulling dogs from high volume kill shelters on tribal land aka "The Rez" in Arizona.

Since established in October 2020 we have saved 278 dogs and cats from being euthanized and placed in them in loving homes!

For these dogs everything is a first. Most of them have never been inside of a house before and many of them have never even been touched by humans in a kind way. They live on the street and have to fight to survive day in and day out. Every single dog that comes to us is very underweight so we use puppy food to give them the good calories and nutrients they need to become healthy!

We are a new rescue as I mentioned before so everything we have has been purchased with our own money. We rely heavily on donations or getting things second hand.

Someone even donated us a case of your Evangers Chicken Thighs!

Recently we received a 5 week old puppy that came to us weighing only 3.2 pounds. We named him Champion because we knew he would be a fighter.  He was found in a large soda cup outside of a gas station. When we brought him home he was refusing to eat and we had been trying everything we could think of just to try to get something into his body. He kept refusing both food and water and we were worried we would lose him that night. We made an appointment to get a feeding tube placed the following morning. [Trigger warning]

That evening I made him 10 bowls with different types of food. Multiple different brands of puppy and even adult food.

The bowl that he picked, the bowl that I believed saved his life was that donated can of Evangers Chicken Thighs with a little white rice. 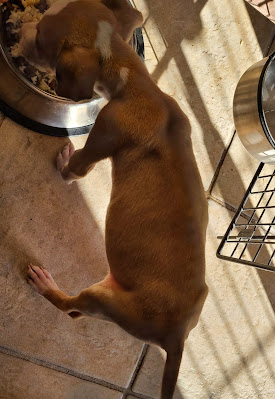 I am writing to you today just to say thanks! Your food actually saved that little guys life! I attached a photo of him so you can see his skinny little body. The last photo is him in his sweater doing much better! 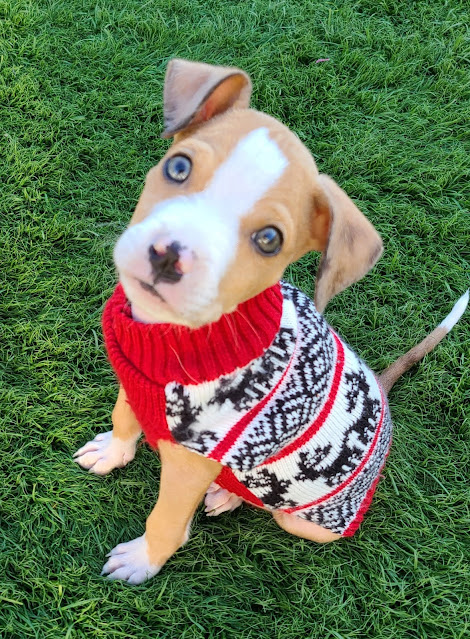 Did You Know: Shar Peis were originally bred as farm and hunting dogs? The Shar Pei is an excellent watchdog, with a strong protective instinct towards its owner. Loyal and independent, the Shar Pei is best known for its wrinkly skin (which is actually a trait of western-bred stocks and not the original “bone mouth” Chinese stock). The Shar Pei also comes in one of three coat varieties, which can drastically affect the dog’s look: horse, brush and bear. The horse coat is very prickly to the touch, while the brush coat is thicker and softer. The bear coat is the longest of the three and makes the Shar Pei look more like a Chow Chow.    We've made this comparison for you of the 3 different Shar Pei Coats Are they right for your family?  The Shar Pei can be suspicious of strangers and early socialization and obedience training is necessary to avoid aggressive tendencies. While generally a silent breed, the Shar Pei will bark continually to alert its owner to any 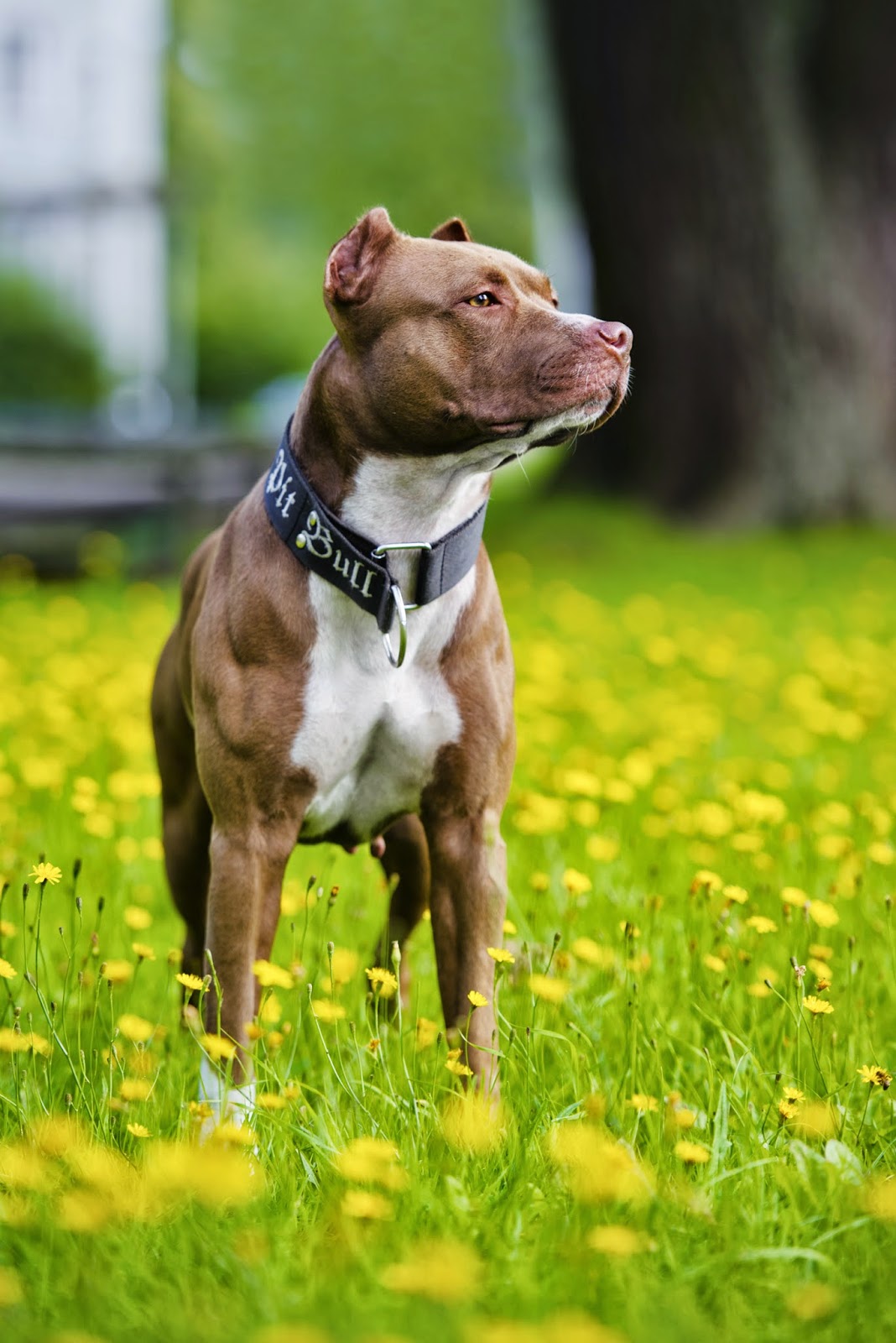 Bred in England as a Bulldog and Terrier mix, the American Pit Bull Terrier (APBT) immediately impresses as a dog of power, passion and undying willingness. If you’re considering adopting a Pit Bull, bear in mind that the breed is banned in the United Kingdom, the Canadian province of Ontario, and a few counties and cities in the United States. Most are friendly, and can be excellent family dogs. But because of its notable strength and strong protective instinct toward strangers, it is essential to provide extensive socialization at an early age to help them differentiate between normal and threatening behavior. It is important to research and consult a dog behaviorist about properly raising and training this complex breed. With a strong pleasure to please, they’re far from the people-haters they are often portrayed as being. Most natural aggression is directed toward other dogs and animals, not people. Pit Bulls are generally fine with other pets if they are raised with the 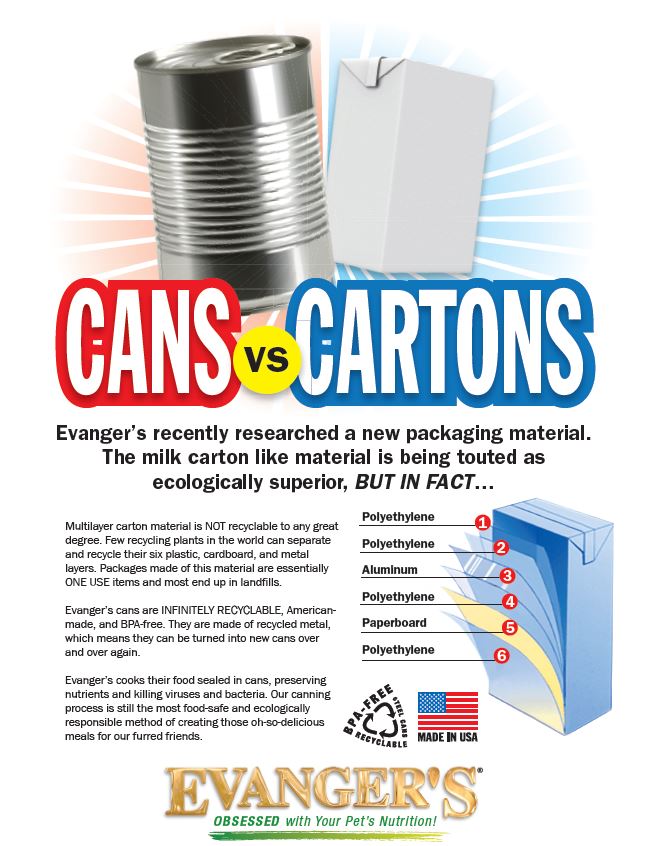 While we celebrated Earth Day this week, we wanted to take a further dive into a hot topic.  We have been hearing a lot about food and broths that are now available in cartons.  They're convenient and easy to store, but what is the environmental consequence of using foods that come in cartons?  Because we are always mindful of how we can reduce our carbon pawprint, we did a little research to see which is better for the environment - cans or cartons?   Did you know that cartons are not recyclable to any degree, but in fact, can't go anywhere else but a landfill? Once at a landfill, these cartons will not biodegrade, which hurts Mother Earth. Cartons are single-use items, which means you cannot reuse them, you cannot recycle them, and all of the energy and resources that went into making a carton goes to the landfill with the carton.   Think of cartons like plastic water bottles; they are one of the most wasteful indulgences in the world. If you are trying to reduce yo